Greetings world, We Are Anonymous.

Today Obama attacks the Right To Link in his State of the Union address. He aims to make it a felony to link to "unauthorized" information even if the information is already posted on a public website. This is our response. It’s for political prisoner, journalist, and activist Barrett Brown, who is due to be sentenced on Thursday for the same thing—his mere sharing of the now taken-down hyperlink is nearly certain to be deemed "relevant conduct" for determining his sentence.

When the #AnonOps IRC channel was sharing information about the Anonymous hack of intelligence firm Stratfor in December 2011, a user posted this now taken-down link Barrett, researching the hack for journalistic work, asked "What was in that?" and later copy-pasted it into his #ProjectPM channel to share with other researchers.

The so-called Department of Justice, alleging the hyperlink led to credit card data of Stratfor subscribers (already canceled data), argues Barrett’s copy-pasting means he committed identity theft. They themselves shared the link, putting it on the first page of his indictment. Barrett’s supposed crime constituted the majority of the prison term the prosecutors sought: they wanted to lock him up for more than a century.

The link is an address. We must be able to post the addresses of information. Regarding the recent emails hacked out of Sony, the wastes-of-space at the New York Times chose to chicken-out from publishing first about them or linking to them at all, discouraging us from learning more about the topic or evaluating what reporting the paper did decide to do. Instead the NYT, as usual, expects us to take their authoritarian-apologist organization on faith. Barrett, in contrast, encourages everyone interested in the emails hacked out of Stratfor and "cybersecurity" firm HBGary to investigate trademark filings and state-held business registrations etc. and to share their findings online live for free.

The war against the Right To Link does not only affect journalists. It affects all of us.

With the Internet, humanity can now collaborate effectively enough to self-govern at global scale. But the authorities’ best defense against our better future is to keep our imaginations clamped down. We can’t envision building and defending radical alternatives for a just society when we’re overwhelmed by the stock, sedating, and false media the corporate-controlled system blasts out. But by linking us to information we actually need, the Internet is breaking apart the system’s shield of illusion.

Barrett has been a pioneer of this righteous destruction. His gift has been not just to bring forth crucial news and analysis—answers about information warfare, "cybersecurity" contractors, mass spying—but also to do so with such passion and creativity that he continues, even from behind bars, to inspire us to join him and each other in resistance. That’s why his prosecutors cite his leadership and anarchism as reasons to keep him locked up as long as possible. They know Internet activists are teaching us we don’t need them.

However, our Internet is nothing without the Right To Link. "We’ve always been at war with Eastasia" unless links take us to the sources for such statements so we may inspect their value and decide to give support to, or subtract support from, those who made it. In this week’s State of the Union address, unlawful enemy combatant Obama will promote new legislation to make it a felony to intentionally access "unauthorized" information even if it’s already been posted on a public website. Posting links to such information would become "trafficking." Obama is trying to make more common what his Department of "Justice" has been doing to Barrett Brown. 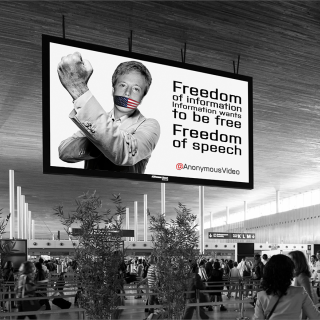 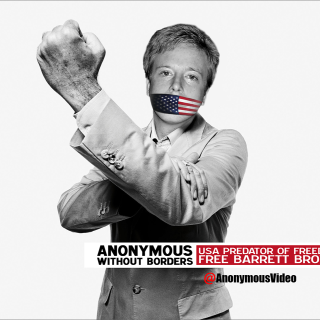 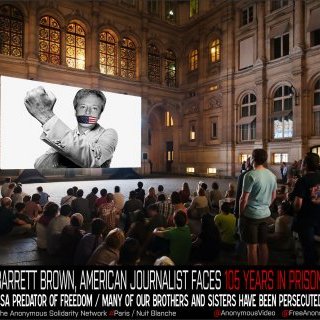