Anonymous : It is an all-out war against Putin

Anonymous anti-propaganda SMS attacks on Russia could make Putin’s decision to get the country off the internet useless.

Last Anonymous attacks on Russia targeted the mobile phones with SMS to tell the truth to the population about the Ukraine invasion.

This trick could make Putin’s decision to get the country off the internet useless to stop “adverse propaganda” and the risk of cyber-attacks against critical infrastructures, military, media and institutional websites. Moscow, in facts, is losing the cyber war against Kyiv and it’s allies worldwide.

The difference is that Russia spent years to develop the fifth column it uses to troll and disrupt the West from within (Anonymous has been a particular target for over a decade). For Ukraine, on the other hand, it was enough to ask sincerely for help to mobilize a huge global army. One of the best wing is Anonymous with #OpRussia, who explained to Defense and Security why they engaged this war and why it’s so important to win it. Not only for the Ukranian people, but also for everybody in the world.

Why #OpRussia and which are the main targets.

“The main goal of #OpRussia is to dispel the Putin propaganda machine and give the Russian people access to truthful unbiased media. The major targets are Russian propaganda sites, Russian government sites, and Russian bot networks. We have already had great success in all three of the sectors, even as we’ve been targeted massively by Russian bots and Russian disinformation across all forms of social media”. Moreover, “it is nearly impossible to put a number on the exact amount of people around the globe working on this”.

The Anons “hacked over 3000 websites, and databases, including the Kremlin, the Russian space agency, the Chechen government website, Russia today, and more by the minute”. This, despite, themselves are targets of Russian cyber warfare aggressions: “We clash with individuals who are attacking us on a minute-by-minute basis. For the most part, they are easily avoidable and simple to defuse. Every now and then a big hitter does come out and swing at us and we have had some serious hits because of that. But the great thing about the Anonymous collective is it is impossible to pin down one individual as a leader and have the collective vanish. There are so many Anons that we are constantly mutating”.

The main targets are Putin and his propaganda.

The world must pressure on those issues. Oligarchs can be a good lever to increase the pressing. “We think we have seen some great steps so far, with countries around the world pledging resources, manpower, and equipment to Ukraine. We need to continue to target Putin and the propaganda he is spreading to his people so that people can see what is truly happening. We must not let this war be a trend on social media where once it doesn’t trend, we don’t help”.

Meanwhile, there are some signs that oligarchs’ bank accounts could soon be targeted, emptied and funds transferred to the Ukrainian population. “We think we can already see the effects of that threat happening, Oligarch’s children have been leaving Russia in droves – the Anons state -. Russian Oligarchs are attempting to hide their yachts and planes around the world, not very well we might add. We think the seizing and distribution of such valuable assets is definitely a possibility”.

Anonymous has already been providing counterattacks towards Russia alongside attacking Moscow Allies. Russia, moreover, has not attacked only Ukraine, but also the whole of Europe. “Kyiv is suffering a ground military invasion, but the rest of the EU is experiences waves of cyber-attacks from Moscow”. Starting from Estonia to France, passing through Germany, and the UK. Russia has a long history of cyber warfare, so we can’t imagine this time will be any different.

Anonymous has already been providing counterattacks towards Russia alongside attacking Moscow Allies. 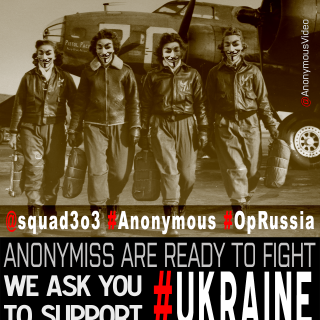 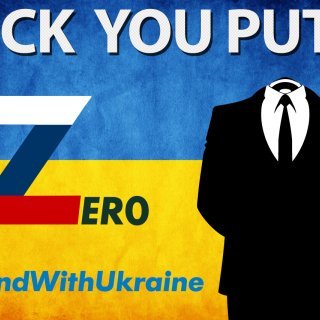 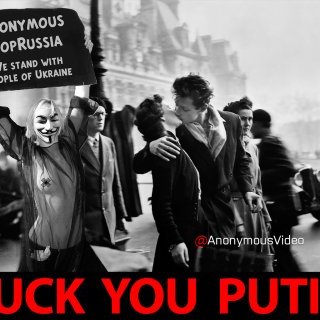