Robert Martin, Advocate on Rights of Children under Armed Conflict

speaks about the systematic targeting and crimes against Palestinian children by the State of Israel, its military forces and the Israeli Border Police.

Put Israel on the UN List of Serious Rights Violators of Children under Armed Conflict:

70 years of occupation, ethnic cleansing, and unspeakable wars have lead only to a shrinking Palestine and an oppressed unarmed population whose children are being systematically targeted by the Israeli military.

100 years of British, UN and US “talks” has resulted in this:

Nothing is going to change unless international bodies recognize these crimes and take international and legal positions on these concerns. Ban Ki-Moon must not be intimidated or any other UN representative from doing their work, especially with concern to children and issues related to armed conflict.

This listing with the Israeli forces on it, would propel Israel further towards pariah status within international bodies and could lead to UN sanctions which are at this point, after seventy years of denial, oppression and slow genocide, all the people of Palestine have to stop these crimes against humanity.

We have a multi-pronged action plan and you do not even have to leave the comfort of your home or office to take part in it. Because we are determined to declare a victory for all children to live as children without the threat of missiles, sharpshooters or drones; never mind one-tonne bombs, illegal white phosphorus and cluster munitions or shelling attacks from the ground and sea.

What we need you to do today:

We will hand deliver these signatures to Secretary-General Ban Ki-Moon before he makes his decision to include or not include the Israeli military of violators of children in armed conflict.

* This statistic is based on the Jewish Virtual Library report of 91,105 Palestinian deaths since 1924. 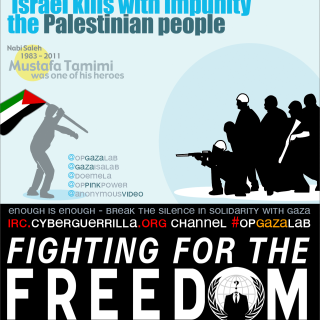 Anonymous In Solidarity With Gaza @AnonymousVideo 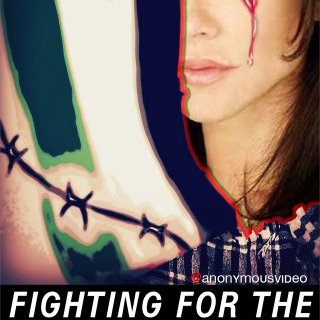