Jailing innocent people will not deter us from struggling against the real fascism in Turkey or anywhere in the world.

The State in Turkey have organised against it’s own people. Dissident struggle is under serious threat. Demanding freedom and justice for the humanity is the backbone of the struggle and this struggle will continue until we wipe the puppets and dictators on this land. Because we own it to the people in the region.

Therefore support from out of Turkey is what we need at this present time. People practicing their right to freedom speech and freedom of assembly is threatened with arbitrary arrests and prison. Law has lost it’s legitimacy and thats why dictator PM Erdogan openly wages war against people who criticizes his ill fated politics of divide and rule.

We can only win against this evil policies if we can unite and fight. This is not far. Because we take our legitimacy from the leaders who have sacrificed their lives for the people. 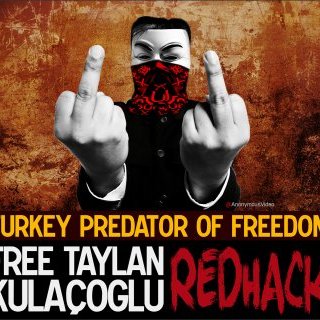