While detained he was given a thorazine I.V. without his consent and repeatedly interrogated about Anonymous, Wikileaks, and a file allegedly detailing an FBI investigation of post-9/11 domestic criminal activity by a U.S. intelligence agency that appeared on a server he was an admin on.

It all started with Chanology.

According to statements DeHart gave Adrian Humphreys of the National Post, he participated in Project Chanology, the original “moralfag” action which pitted Anonymous against the Church of Scientology. There were many aspects to the operation, but the most famous was the adoption of the Guy Fawkes mask, since become inextricably associated with the hacktivist collective. The statements DeHart gave were corroborated by operation founder Gregg Housh, although he could not specifically identify participants, having known them only via pseudonyms.

Chanology was DeHart’s first taste of activism, and he liked it. Getting deeper into the hacktivist scene, he eventually ran a server on which some files which may or may not have been destined for WikiLeaks resided.

“This whole matter revolves around a file that appeared in the fall of 2009 on a TOR server Matt was a co-sys admin. People speculate that it was enroute to Wikileaks, although I have not seen any confirmation of this fact. The file was unencrypted for the first two days on the server. According to published reports, it’s an FBI investigative file of domestic criminal activity by the CIA.”

“He has been held in maximum security conditions in the US with convicted criminals. In Canada he is in max security with immigration detainees. Additionally he was out on bond in the US for approx 1 year and then 7 months in Canada on very strict 24 hour GPS monitoring.”

To learn more and contribute to our Legal Defense Fund for Matt, please visit our fundraising campaign. Thank you for your support!

This campaign was originally hosted on the fundraising site GoFundMe. GoFundMe shut down the campaign without notice for an unspecified terms of service violation. 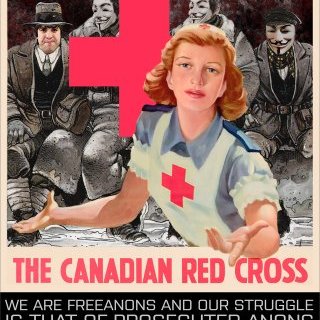 Campaign to support arrested Anons - Donate to the Courage Foundation