November 22nd: an international day against police violence and repression.

FRANCE - The repression that falls on those who oppose the mafia-like projects of politicians is ever more violent. The Socialist party coming to power hasn’t changed anything. The police, the gendarmes and the army injure and mutilate as much as ever, maybe even more, surfing on the wave of fascism that is rising up under the guise of a world economic crisis, and thanks to their weapons, becoming always more efficient with the emphasis on military technology.

Even more worrisome than constantly increasing war budgets is the unwillingness of cops, gendarmes, soldiers and their politician bosses to take responsibility for their violence. The omnipresence and unrestrained usage of flashballs, defensive ball launchers, and explosive grenades are some concrete examples.

The discourse is also simplified, glossed over, and the violence made to seem mundane. When we ask the cops in front of us if they are proud to have killed, they smile or threaten us. One of the police authorities in the Tarn recently affirmed that those who oppose the “forces of order” should expect violence and eventual injury.

And, some days ago, the police killed. Again.

We, who were gathered together in Testet to fight against this deathly project of the Sivens dam, we lost a friend. In the early hours of Sunday, October 26th, a few meters from soldiers of the State, armed and protected by their weapons and shields, Rémi Fraisse was murdered by the armed branch of the State.

By the level shot of a mercenary’s grenade, most likely aimed at his head, the explosive hit between the base of his neck and his shoulder. This despite that even the internal laws of the armed branches of the State forbid level shots at a certain distance and also forbid aiming at the head, or with some weapons, aiming at all.

This was not an accident. It’s even surprising that such a drama hasn’t happened earlier. The attacking police, gendarmes, and soldiers brake their own laws every day (of the evictions). We’ve lost track of the knees, hands, stomachs and heads that have been targeted. Their extraordinary and illegal violence leaves its trace on all of us, whether physical or emotional. This time it took someone with it: Rémi Fraisse.

But even if Rémi’s murder is headlining the nightly news and embarrassing the government, don’t believe that it’s an exception.

At the end of August, an “illegal” migrant died in a car with the BAC (a notoriously violent undercover police force) while being brought to the airport. It was almost ten years ago that the teenagers Zyed Benna and Bouna Traoré died hiding in an electric transformer after being chased there by the police. We’re not even mentioning deaths in war for economic interests, in Mali or elsewhere...

to demonstrate everywhere against police repression on Saturday, November 22nd.

We call upon every person and every group that feels concerned by the danger represented by the State’s police forces to make actions and protest from wherever they are.

Let’s make November 22nd a national and international day against the violence of armed branches of the State, but let’s not forget that every day, before and after the 22nd, is a good day to make an insurgency against the existence of an institution which mutilates and murders for a “law-based” state and their profitable, mafia-like, and devastating projects. 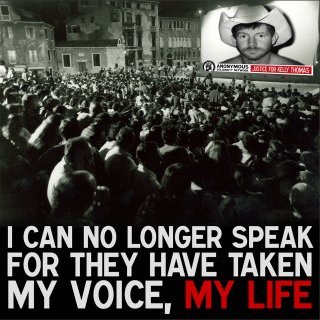 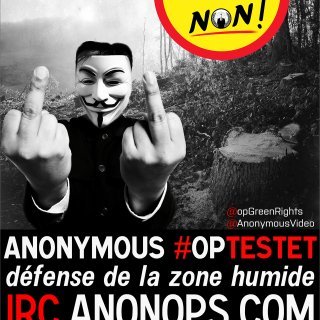 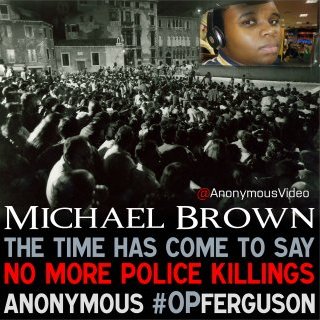