Help the Ochoa Family to reunite

The W0rmer Family is in need of our support!

On March 21st, 2012 Higinio Ochoa III aka w0rmer, was arrested and charged with hacking law enforcement agency websites and posting the personal information of police officers online, as well as being accused of defacing a government website in Alabama. On June 25, 2012, Higinio was forced to accept a plea agreement of 27 months in federal prison, seeing it as in the best interest of his family. Currently housed at Federal Satellite Low Elkton in Lisbon, Ohio, he is scheduled for release in August of 2014.

After paying ones debt to society, under the terms of the plea agreement offered to him, one would assume that a person would be allowed to move on with their life with their family. In this instance this does not appear to be the case. The federal Department of Probation has refused to allow Hig to return home to his family near Houston, Texas, where he was living prior to his arrest. Because of this refusal his only option then is a halfway house in Austin, Texas where his computer activities can be properly monitored by authorities. Authorities have also warned that if he does not have a permanent residence in Austin prior to his release, he could be denied release to a halfway house and be forced to remain in prison, to serve the remainder of his sentence.

Since Higinio’s incarceration his wife Kylie has been living with his family, he has missed the birth of his son Brody, and his wife has patiently raised their son alone, while waiting for her husbands release. W0rmer has been a strong supporter and outspoken proponent of prison reform and has accepted his punishment gracefully and with dignity. Now he is simply anxious to get home and be with his wife and new baby, who he has seen only twice since being incarcerated nearly two years ago.

Kylie, who is from Australia, has been working as much as she can while trying to raise their young son without the love and assistance of his father, but has not been able to earn enough money to move Brody and herself to Austin.

We have an immediate need for financial assistance to relocate Kylie and Brody to Austin, ahead of Hig’s release. Every dollar brings us closer to our goal of reuniting w0rmer with his family, and getting them back on their feet and moving forward with their lives. 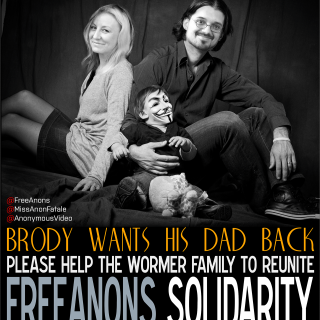 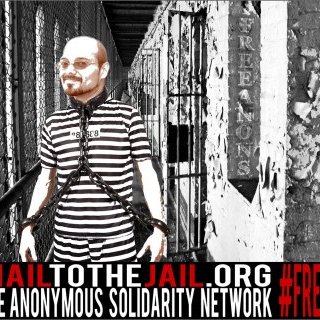 Mail to the Jail / Free w0rmer / The Anonymous Solidarity Network