Dennis Collins “aka Owen” Heads to Court on February 20

Dennis Collins “aka Owen” is a defendant in both the Paypal 14 and Payback 13 case.

Dennis Collins is heading back to court once again. He will stand before the judge in Virginia where he has accepted a plea deal which could result in up to a year in prison. Of course we hope that won’t be the case but we’ve recently witnessed the way the government has chosen to handle defendants who raise a voice against government and corporate wrongdoing.

Barrett Brown recently received a sentence of 63 months in prison simply because he has spoken out. Jeremy Hammond received a 10 year sentence.

This court appearance should be the last one for Dennis in the Payback case and then he will face continued charges in the Paypal 14 case in California.

The Anonymous Solidarity Network (#FreeAnons) would like to send best wishes to Dennis as he continues to fight the charges against him and take whatever punishment that the government has planned for him. 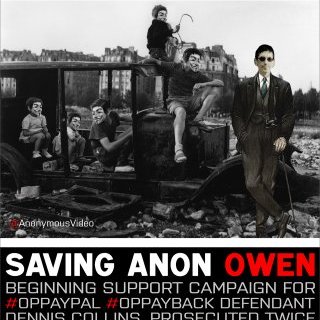 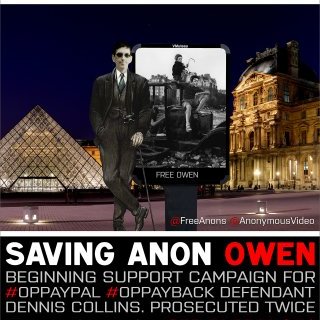