Earlier this week, we learned with great sadness that Christopher Weatherhead — our "Nerdo" — was sentenced to an 18 month jail term for his "integral role" in protests that occured under the banner of "Operation Payback". We consider the guilty verdict a complete miscarriage of justice, the sentence incredibly unfair and in no way proportionate to the alleged crime. The absurdity of this sham of a trial should be an embarrasment to the UK, its system of justice and to the entire population.

The prosecution is clearly comprised of delusional and arrogant bureaucrats who care more for advancing their own careers than actual justice.

This utter ignorance and pervasive stupidity inherent in the Crown Courts is evident in Judge Peter Testar’s remark that Nerdo was nabbed because of "clever" police-work. We know the truth— leaning on a snitch is no more "clever" than a piano smashing against the pavement is "graceful." Fennic — the snitch — of course, gets off without serving a filthy second of jail time — even though the snitch admitted to owning an IRC botnet. Last we checked, that IS an actual crime.

Their claims of millions in damages are ludicrous and absurd. PayPal itself has repeatedly and publicly admitted to no downtime or loss of service Even the goverments own experts admit that a Denial of Service attack causes no damage. We feel the jury was intentionally misled in regards to the actual facts of IRC in general. or the prosecutions own knowledge of it is so lacking that they are not fit to prosecute a case of this type. For this reason alone, we strongly believe that the trial was improper. A new trial should be ordered and qualified prosecutors must be assigned. Jury instructions were also inadequate. How does one instruct a jury what is admissible or important when the jurist himself does not understand the subject? These reasons should at minimum be cause for a steep reduction in this sentence to at least the level of similar or even much more horrific crimes

Claiming that Nerdo, or anyone for that matter can hold some sort of seniority within Anonymous is quite curious to say the least. How does one prove that a nickname has only ever been used by one person? Further more how do you validate this seniority in a headless organization? If a channel operator tells an IRC channel that they are a giraffe, does this mean every user in that channel must believe this? Quite the opposite. Having power in an IRC channel does not give you control over people. You cannot "decide" what these people will do. 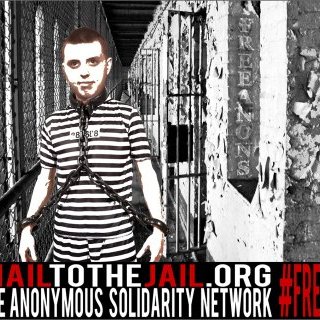 Mail to the Jail / Christopher Weatherhead / The Anonymous Solidarity Network 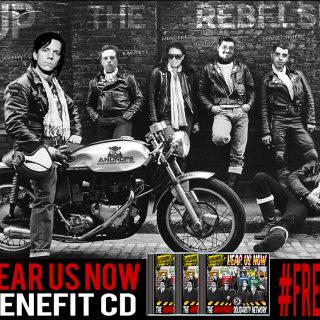 Mail to the Jail / Free Nerdo / The Anonymous Solidarity Network