Hear Us Now! One Year Anniversary.

Hear us now! We will not stand idly by as our brothers and sisters are prosecuted. Hear us now! The greatest contributions Anons make to this cause will not be their arrest, prosecution and incarceration. Hear us now! Hear us, for if you take away their voice we will forever loan to them ours and we will never tire. The title was unanimously decided, “Hear Us Now.” Rarely, if ever, referenced by media, the title would come to commemorate the project and the commitment of those who contributed to it. Twenty seven tracks, artwork and a letter personalized by Jeremy Hammond, would forever serve as a source of support for those that have fallen and will fall carrying the Anonymous banner.

For those that recall, the songs that appear on the Hear Us Now benefit CD have become a rallying cry. Our spirit renewed and our goal made more clear, every verse and every melody exists as an orchestra orchestrated by our every keystroke. “We will be heard,” we said then. Sure that somehow we could and would make a difference. “We have been heard,” we say now. Unsure, somehow, of ourselves and of our contributions. We’ve written letters, released statements, raised money and done all that we could have done. What more can we do? No! It has been more than a year and we’re still here! We are the Anonymous Solidarity Network and we cry, “Bella Ciao!”

This CD is a two disc set including 27 tracks from various artist and various genres.

We’ve made the CD available for purchase online at bandcamp.com but hard copies are available which also include additional art and a letter written from the Metropolitan Correctional Center by Jeremy Hammond.

All of the proceeds donated to the Anonymous Solidarity Network will be used to support prosecuted Anons in some fashion or another. How the money is used, specifically, depends on the circumstances and is at the discretion of the network. FreeAnons provides prosecuted Anons, many of whom are now burdened financially because of their prosecution, with assistance attending court hearings and other means of financial and moral support. The network also, occasionally, puts money on the commissary funds of Anons still incarcerated. 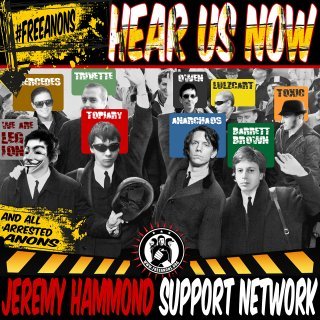 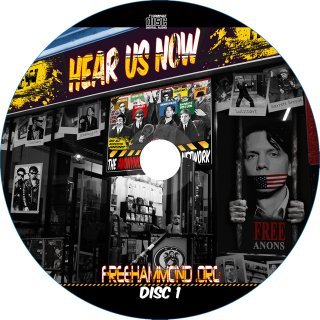 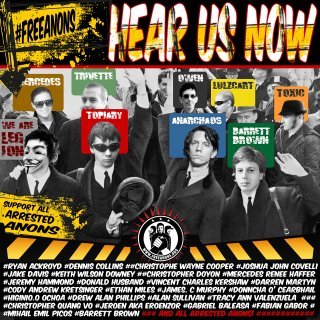