More than 100,000 people have been killed in the conflict in Syria.

Anonymous has been actively involved and contributed towards the uprisings in Egypt, Lebanon and Tunisia. For far too long, we have witnessed the barbaric, unjust and brutal treatment of the Syrian people. Time and time again we have observed these war crimes. From the chemical weapons and scud missile attacks employed by Bashar al-Assad, to the growing number of questionable and violent actions taken by some of the opposing groups, it is clear that whoever the citizens may rally behind, their safety and security is ultimately transient and not guaranteed . The accumulation of war crimes has irritated our nest and the time has now come for us to take action.

Dictator Assad and elements within the Syrian Opposition, you now have the undivided attention of Anonymous. You are failing your country, you are failing your people, your country faces following the examples of your Egyptian, Lebanese and Tunisian counterparts. Our request is a simple one; cease fire immediately and stop the violence towards the innocent or you will feel our wrath.

To the people of Syria, know that Anonymous stands with you in this war against terror.

We vow to do everything we can to hinder war crimes played against you. We will raise awareness in every manner we can. We will assist you in putting an end to this carnage. We have put together the Anonymous Syria Care Package (Attached Documents) which contains instructions in Arabic and English that will aid you in areas of conflict.We encourage you to download this information, keep it on your person and share it with your fellow Syrians to the best of your ability.

We are with you in this war. No matter how alone and abandoned you feel, no matter how many atrocities you face - know that there are many of us working around the clock, concerned and attempting everything we can to catalyse change. We are oceans far from you, but closer than the jugular vein. We, together, can conquer adversity.

How to connect to the internet in Syria should your government shut it off.

Fighting for the freedom of the Syrian people @AnonymousVideo 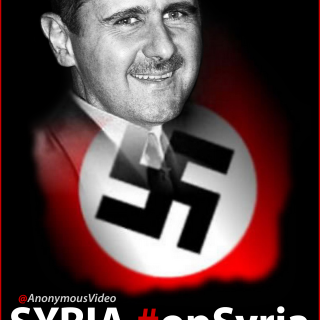 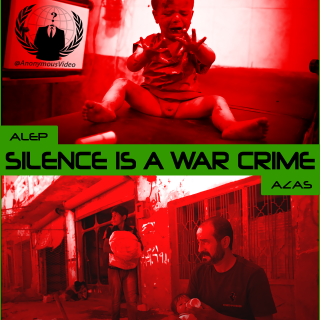