As many of you know, #OpPenPal began as #OpValentine approximately one year ago, when a group of activists banded together to encourage the people of the interwebz to send love via snail mail to our imprisoned comrades for Valentine’s day. Our brothers and sisters have been taken away from us. Some of the best and brightest of our generation are locked away from the world in an effort to silence them and make us forget. But we are Legion. We do not forgive, we do not forget. We leave no one behind.

We launch #opValentine as an ongoing action in support of Anons and other activists navigating the nightmare of the "justice" system. Anyone can join this operation - find a pen, some paper, and a stamp. We may be from the Internet, but we are backward compatible. Let a political prisoner know they are not forgotten.

FreeAnons is a group dedicated to helping all people who are arrested and charged with crimes pertaining to Anonymous. They help find legal aid, donate funds for travel, and generally are just amazing for supporting our friends. 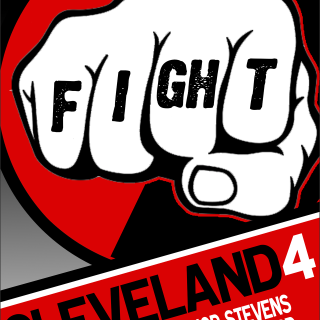 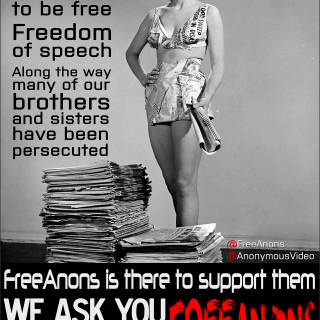 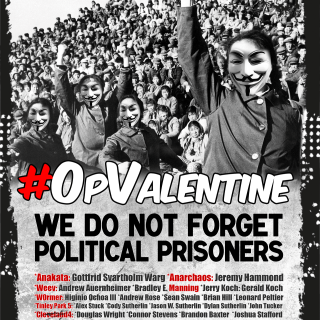 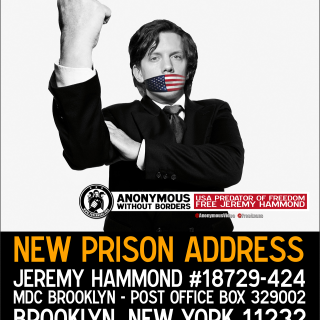