Declassified documents describe in detail how US – with British help – engineered coup against Mohammad Mosaddeq.

The CIA has publicly admitted for the first time that it was behind the notorious 1953 coup against Iran’s democratically elected prime minister Mohammad Mosaddeq, in documents that also show how the British government tried to block the release of information about its own involvement in his overthrow.

On the 60th anniversary of an event often invoked by Iranians as evidence of western meddling, the US national security archive at George Washington University published a series of declassified CIA documents.

"The military coup that overthrew Mosaddeq and his National Front cabinet was carried out under CIA direction as an act of US foreign policy, conceived and approved at the highest levels of government."

The documents, published on the archive’s website under freedom of information laws, describe in detail how the US – with British help – engineered the coup, codenamed TPAJAX by the CIA and Operation Boot by Britain’s MI6.

In news from Iran, the jailed American journalist Jason Rezaian has been indicted FIVE MONTHS after his arrest. Rezaian is The Washington Post’s bureau chief in Tehran. He will be tried in a Revolutionary Court. It is still NOT KNOWN WHAT he is being charged with.

Reporters Without Borders condemns young human rights activist Atena Ferghdani’s arrest in a Tehran court on 11 January when she responded to a summons about the video she posted on Facebook and YouTube on 26 December in which she described what happened to her after her arrest last August. After her arrest on 24 August, she was incarcerated in Section 2A of Tehran’s Evin Prison – a section controlled by Revolutionary Guards – and was held until 2 November.

“I was interrogated for nine hours a day,” she said in the video.

Iranian Judiciary Shuts Down Newspaper for Publishing “I am Charlie.”

The conservative Iranian newspaper Kayhan demanded judicial authorities close down reformist newspaper Mardom-e Emrooz, which was only in operation for 16 days, the newspaper was shut down by orders from Branch 2 of Media Court of the Iranian Judiciary for publishing “I’m Charlie” on its front page.

The reformist Mardom-e Emrooz began publication on December 27, 2014. In its January 14, 2015 issue, the newspaper published a large photograph of the American actor George Clooney at the Golden Globe Awards, above which was printed “I am Charlie, too,” quoting Clooney during his acceptance speech, when he remembered the slain Charlie Hebdo cartoonists.

Yaghma Fashkhami, one of Roozan’s political reporters, was arrested at her home on 24 December, shortly after plainclothesmen arrived and carried out a search. The reason for her arrest is not yet known.

Internet in Chains: The Front Line of State Repression in Iran.

Despite recent claims by state officials that the government has developed the ability to selectively block “inappropriate and illegal” content and that smart filtering would be installed on the country’s Internet gateways, and their assertion that they have already implemented such smart filtering on social networks such as Instagram, research by the International Campaign for Human Rights in Iran indicates that social networks continue to be blocked through traditional methods such as blocking Internet addresses and IP’s.

However, state authorities are moving forward on the development of a user identification system that would strengthen the state’s ability to selectively block access to online content from the user side, and to monitor and restrict the online activities of certain groups of users designated by the state. 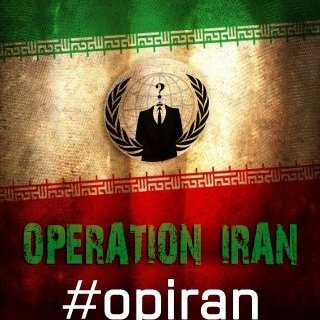