Greetings citizens of the world, we are Anonymous.

Free Our Comrades! On April 7, Bun Khing Mongkul Panha, 21, and Chou Songheng, 21, were arrested and later charged with unauthorized access, to an automated data processing system, and obstructing the functioning of an automated data processing system. Two more alleged members of the hacking group Anonymous Cambodia were arrested Thursday for attacking the website of the Anti-Corruption Unit (ACU)

To the Kingdom of Cambodia government,

Your worst enemy is now your own people. 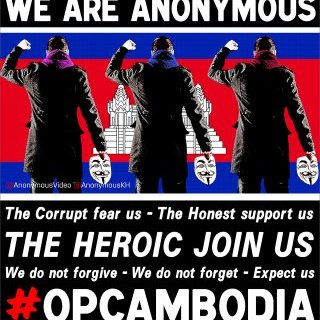 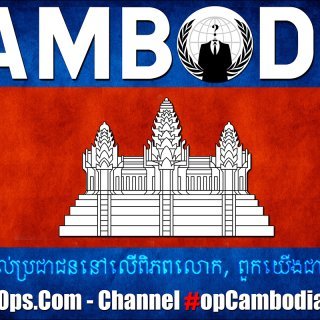